Merry Christmas to all! has been one “Hell” of a year, God Bless us all, as we continue to try to survive.  At this point, we have lost 1/2 as many loved ones as we lost during WWII!  The Christmas Cheers will be labored, the Merry Christmas greetings will be muted from our mandated masks, Christmas Carols will be rare and possibly illegal, and large family gatherings will also be illegal or fine-able events.  So with all of the wishes I have for you and my fellow AMERICANS…We are LESS if we forget! Like Pearl Harbor…”Lest We Forget!” My dad always said.  This Letter was Posted in the Columbus Dispatch and received reads from almost 12,000 folks.

That DAY my dad faced SATAN, for this was HELL, for 90 minutes! We survive…that’s what we do!

Dad survived attack and saved many others! Especially, one stands out!

William Gordon Ely was born in Gallipolis, where he worked on the family farm when he was just 8 years old. Dad later faced the Depression with his family and joined the service at 17 when he lied about his age.

He was finally stationed at Pearl Harbor after touring the South Pacific and wrote to his mom that he found paradise, bragging about catching a 40-pound octopus and having a barbecue on the beach with the guys. Just before 8 a.m. on Dec. 7, 1941, “Bill” was on the porch of the barracks, because of an upset stomach from cucumber salad the night before, which saved his life.

The airfields were the first attacked and more than 200 men were lost there. Bill was a paramedic, so he was racing off in his ambulance truck just trying to get away from the Japanese aircraft, or Zeros, which were strafing him on both sides. His ambulance truck crashed in a burning crater, where a bomb just landed. In spite of his own injuries, wrapped temporarily, he was told to leave the dead and get the wounded to the hospital.

For three days his adrenaline kept him moving him. He did these rescues without sleep He carted as many of the soldiers to Hickam Fields Hospital as possible, even though he had to line up a great deal of them stacked outside, for there was no room left. He dove into the burning oil slicked waters of the Harbor, rescuing the injured. Too many to count! The attack lasted a total of 90 minutes and left 2,400 dead and 1,100 wounded and more.

Later, he found himself administering blood and glucose constantly to, especially, one critically wounded man, who was so badly burned. Dad would change his bandages, administered fluids to him, and even slept with the man, to keep him warm, so as he wouldn’t go into shock. That man’s mom wrote a letter to my dad thanking him for saving her son’s life.

The letter was later shown to the Red Cross and they started a blood drive using the importance of that story. Bill went on to be a founder of the “Pearl Harbor Survivors”, Columbus chapter, and co-founder of eight other chapters. He left in his will a major donation to the Motts Military Museum to help with the expansion of the new wing where his Pearl Harbor coat and memorabilia are on display.

“Lest we forget,” Dad, you are part of history!

My Dad before the bomb took place! 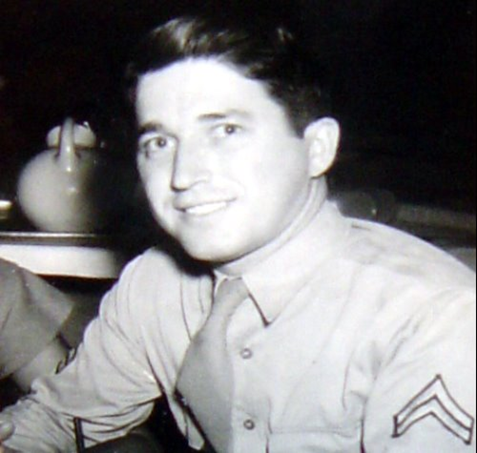 This picture was 6 months before my Dad passed in march 2004. He was an Honored Guest at The West Point Society Luncheon. Standing next to him was Russell Paley West Point President, and Brigadier General John Jack Nicholson, Undersecretary of 2003 The Secretary was the Guest Speaker that day! My dad was showing off his Pearl Harbor Wallet! 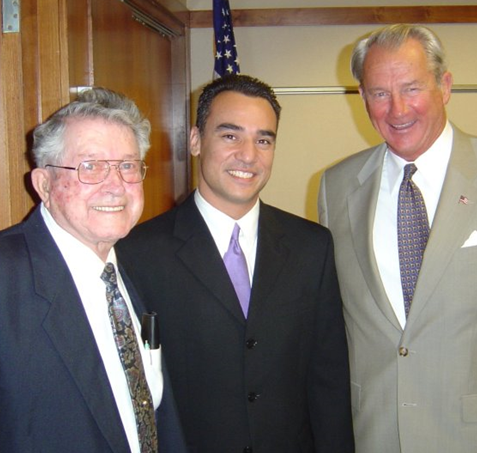